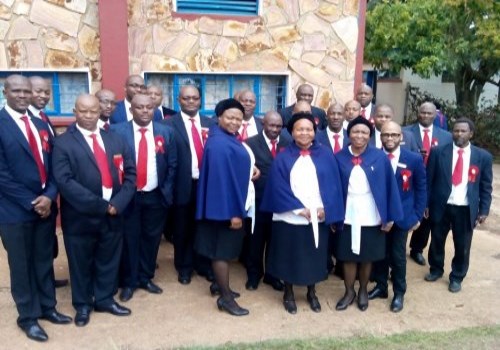 The emergence of the all-male choir, Amaqhawe e Sacred Heart, pioneered by former president, Mrs Busisiwe Futha, has been a powerful instrument in the evangelisation of the church in this Archdiocese.
Under the leadership of conductors NtoahaefeIe Senokoanyana and Kenny Neo Mejoane and Project Manager Mrs Kethameste Sihlali, it has attracted many young men to the Sodality and has deepened the spirituality of many existing members. The choir's first CD, “Wozanini Nonke”, launched at the annual pilgrimage to The Shrine of Our Lady at Ngome on 2 March 2014, still enjoys great popularity and continues to minister to many souls beyond our borders as their sweet melodies are broadcast from the sound waves of Radio Veritas ever so often. 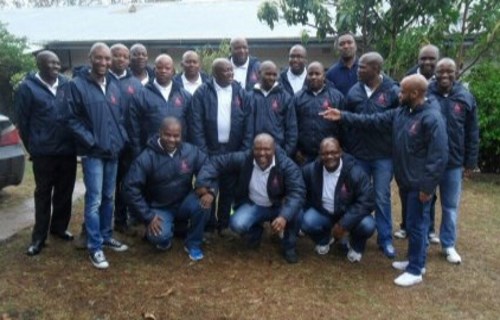 A recent night vigil celebration of our patron saint, Margaret Mary Alacoque, held at the Cathedral of Christ The King on October 16, 2015, was one of the many vibrant and electrifying events held within our Archdiocese where their musical talent kept members enthused throughout the proceedings.
The choir’s second CD, “Baitshepelang Jehovah”, has just hit the airwaves and is already a most sought after album. With the quality displayed in the production of this album, this ministry through song promises to be very inspirational and will draw closer to the Lord the souls of many who will have the pleasure of listening to it.

News from the Sodality 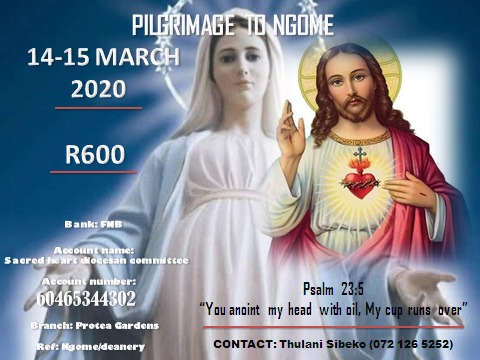